Why I uninstalled Viber from my Windows computer.

Today I decided to uninstall Viber from my computer.

Why? Because of two problems:

The first reason is that, when my computer resumes from standby, Viber never comes back online.

It is annoying because when you think you’re sending a message, it might take a few minutes before the software shows you that the messages where not send and asks you to retry.

The only way I found to solve this issue was to kill the Viber process and to open Viber again. It started with Windows 8, was still there after an upgrade to Windows 8.1 and it is still not solved under Windows 10.
Of course I tried to uninstall and reinstall multiple times and the software is up-to-date but it happens just all the time.

Support did not help. They asked me to follow some steps but when I answered that it was still not solved I finally could not get an answer anymore and they closed the case.

The second reason is that Viber was using around 50 % of CPU, sometimes more!


Even if I have a powerful computer with an Intel Core i7-4860HQ CPU running @ 2.4GHz and 16GB RAM and SSD  (for the non tech people, it means a very good computer) and viber was using nearly 50% of my CPU. The bad thing is that I did not notice it immediately as it does not use a lot when you start it. But if your computer is used for a few hours, CPU usage is increasing…

My computer is not old and I could hear the fans noise and I felt like my computer was not as powerful as it should be.

So I took a look at the task manager and discovered that Viber was the reason of that. When I googled the problem, I found that a lot of people were complaining about high CPU usage when using Viber.
(see here: https://twitter.com/pravimali/status/407627058475302912)

Finally, even if I liked being able to use Viber from my computer, today I decided to uninstall it. My CPU usage is now lower than 10% and I nearly don't hear my computer anymore...

I will probably keep it on my smartphone for a while but I will try to come back or move to Skype, Hangout or WhatsApp.

A few days ago, my cousin had her Gmail account hacked. The hacker immediately changed her password, recovery questions and mobile number. ... 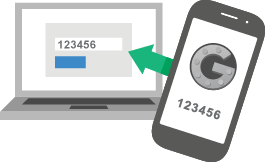 Married to a wonderful wife and proud father of two little boys.

ICT manager and consultant for 10y+.

CEO & co-founder of 4INCH, a belgian company I founded with a very good friend of mine.

We developed a product called Snugr (say Snug-ger) to help people improve their comfort and reduce their energy consumption.

I like: everything that has an IP address or a firmware to update, magic tricks, photography, music, poker, being with friends and more than anything else, my wife and our 2 sons.